BRUCE MATHISKE - THE SOUNDS OF AUSTRALIA

Bruce Mathiske is an elegant and sophisticated composer and performer, painting musical pictures that feature didgeridoo, alongside virtuoso fingerstyle guitar playing. His music has evolved into an exciting and unique style all of his own as he effortlessly blends Australia’s traditional and modern landscape.

Mathiske’s music is a reflection of his strong outback roots firmly planted in the remote Mallee district of red dust and dirt, farmlands and roads that stretch on toward unmet horizons and endless starry skies. He weaves together these outback plains & river systems, the colours & sounds of Australia’s vibrant coastline with the rhythms and styles of cultures from the Mediterranean, Asia, Ireland, England and the Middle East that now make up Australia’s melting pot of rich and colourful cultures.

His music has been featured in numerous ABC documentaries and TV stories but most notably he has composed the entire soundtrack for the Australian Geographic series THE BEST OF AUSTRALIA. 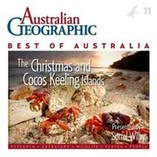 THE CHRISTMAS AND COCOS ISLANDS
There’s a melting pot of traditions on these islands and the result is a close-knit community. The around Christmas and Cocos islands is pristine and stunning diving and underwater life. Spectacular limestone caves with stalactites and stalagmites Crabs are king of the creatures on Christmas Island see the annual march of the crabs 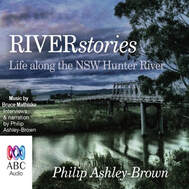 RIVER STORIES - ABC RADIO
The Hunter River is the lifeblood of the Hunter Valley. ABC Newcastle's Phil Ashley-Brown interviewed people along the 470km Hunter River between Barrington Tops and Newcastle Harbour and tapped into a passion that many people have for the Hunter River. In River Stories Phil meets some of the characters he spoke to back in 2001, talks to new people along the way, and highlights the issues faced by the river, and some of the work being undertaken to improve it. In a country recently savaged by floods, River Stories is an insightful look at Australia’s river systems and the results of human impact.